Luciano Troja is a pianist, improviser, composer based in Messina (Sicily, Italy). Self-taught since the infancy, he is graduated in Jazz Composition at Conservatorio “Corelli” in Messina.
He released over fifteen albums as leader or co-leader for Splasc(H), NoFrills Music, Almendra Music, Slam Productions
From 2002 to 2008 he was the pianist and composer for the Mahanada Quartet, which toured extensively in Europe and the US. The group produced three albums.

For over fifteen years, Luciano has worked intensively with the Italian guitarist Giancarlo Mazzù, performing as a duo in Europe and the US. Together they have forged a unique path focusing on music from a creative impro-approach to the American Songbook. Their recordings include “Seven Tales About Standards Vol.1 & Vol.2” (Splasch 2006, 2008), “Live at Metropolitan Room NYC”(Slam 2013), and Broad-ways (ACK, 2017).

In 2010, Luciano released the acclaimed solo piano album, "At Home With Zindars". Among its many awards, the album received the distinction in 2011 as being one of Stereophile magazine’s “Records To Die For”.

In 2016, Luciano released an album of original compositions titled "An Italian Tale" (Almendra) in duo with the classical bassoonist Antonino Cicero.

Luciano is also co-founder and director of Pannonica Workshop, an innovative ensemble of Sicilian improvisers and classical musicians. Together, since over twenty years, they join forces to create unlikely instrumental combinations, and focus on presenting works by contemporary American composers.

Luciano collaborates since 2015 with “Laboratorio Suono & Ritmo”, with Giovanna La Maestra e Francesca Billè, working in a process of cohesion between musicians and young disables people. 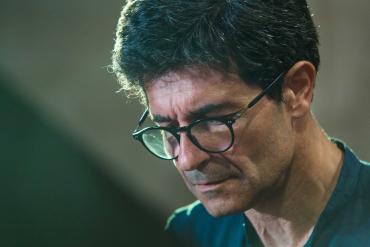