​He stands as a leader and composer in the International Big Band “Anti RubBer brAiN FActOrY” (arbf) and in the band Tikkun.

​Since 2017, he is one of the Co-founders and Artistic Director of the Network S.H.A.R.E : European network for creative music and improvised arts. Responsible of a declined festival, the SPIME, taking place in Paris every year.

Since 2016, he is the Co-founder and co-artistic director of the phonographic label LFDS Records, creative Music, based in Paris and of the Artistic Collective Le Fondeur de Son.

​Since 2015, he has been a resident at Anis Gras - Le lieu de l'Autre - Arcueil - Place of artistic creation within which he bases a large part of his activities.

​From 2015 to 2019, he co-directed several shows on Radio Libertaire (89.4FM - Paris) to broadcast and publicize a maximum of underground, traditional, improvised music, Free Jazz ... Blues en Liberté and Tumultum Hominum.

​Finally, Yoram Rosilio take part of "the Bridge", musical creation project between Chicago and Paris, bringing together nearly 140 musicians among the most representative of the both Free Jazz scenes. 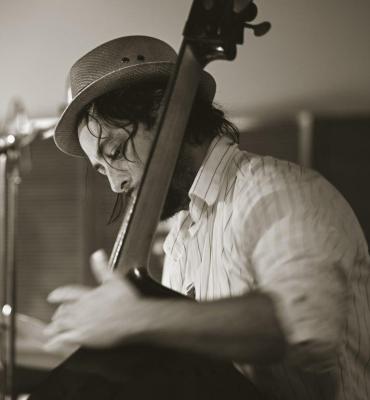