Russian composer and pianist Roman Stolyar is often called one of key figures in Russian improvised music. He has performed in 27 countries collaborating with a number of internationally renowned improvisers, including Dominic Duval, William Parker, Vinny Golya, Oliver Lake, Susan Allen, Thomas Buckner, Weasel Walter, Assif Tsahar, Martin Kuchen, Glen Hall, and many others. His improvisational workshops have garnered him an international reputation, and have led to many invitations to create and implement workshops for organizations and universities around the world, including the University of Michigan, Mannes College NY, the California Institute of the Arts, Music Academy Basel, Chateu d’Oex Music School in Switzerland, Frescobaldi State Conservatory in Ferrara, Italy and the Versailles Conservatory, France. He is an author of the first Russian book on teaching free improvisation. Being actively involved into theatrical activity, he has composed music for more than 35 theater shows, working with leading drama directors of Russia - Alexander Galibin, Boris Pavlovich, Veniamin Filshtinsky, Yelena Nevezhina, Larisa Alexandrova, Vera Popova, and many others. He is also an active participant of series of inclusive theater projects, working with blind actors and autistic people. He is periodically composing on commission for various collectives of Novosibirsk State Philharmonics. Roman Stolyar is a member of Russian Composers Union and International Association of Schools of Jazz and an Advisory Board member of the International Society for Improvised Music. 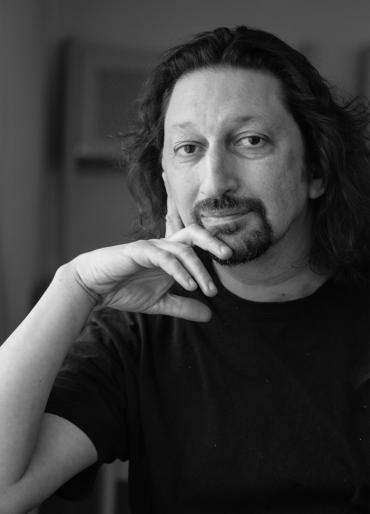