Rasmus Kjær Larsen (b.1982) is a pianist, composer and performer based in Copenhagen. He has collaborated with some of the most intriguing acts on the underground scene in Denmark and he has released 3 albums of his own.

With the acclaimed collective Under Byen (2007-2009) Rasmus toured across Europe and North America concurrently starting to write music for his own projects. In 2012 he released his debut as a bandleader: The trio jazz album Broken Bow with drummer Kresten Osgood and bassist Jonas Westergaard. In 2016 he released his solo album Orgelimprovisationer and in 2019 his synth album Turist.

Alongside his own releases Rasmus has collaborated with names like Klimaforandringer, SVIN, Jeppe Højgaard, Excelsior, BISSE and Frisk Frugt and he played at the Roskilde Festival, SXSW, Eurosonic Festival among others. He also curated several concerts and events in Copenhagen including a Jerome Cooper memorial concert (2017).

Rasmus is one of the artistic directors in the SHARE community. 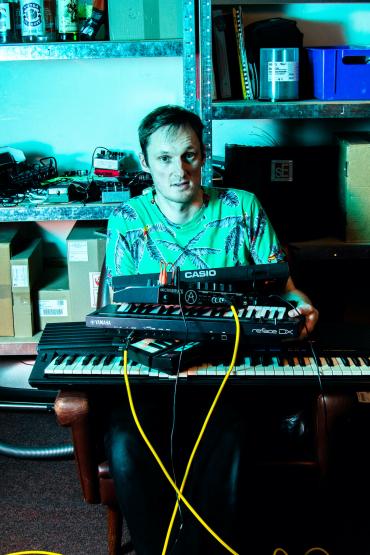