Qarin Wikström has been an active part of the blossoming avant-garde and experimental music scenes in Copenhagen (Denmark) for over a decade, having released 19 albums so far, as main composer or co-writer, including recordings with diverse projects such as Q (solo project), Kostcirkeln, Shitney, Sekten, Orbit Stern & Q and reBell, to mention a few.

With a background in a broad spectre of genres as classical chamber music, pop, jazz, Swedish folklore and freely improvised music, Qarin’s musical vision comes through as a confession to all of it, blending the varying influences into a not yet specified genre.

Over the latest couple of years, her focus has gradually been increasing on freely improvised electronic music, with N/I and manipulated vocals as main working tools.

QW has been thriving in releasing music via creative formats: in a match box, in a notebook, an album presented in an art/music film, and music for exercise released through a small music player in a headband.

QW is composing music for, and performing in, contemporary dance performances, and in theatre plays.
Member of the progressive Copenhagen independent record label, ILK music.
QW is a multiple winner and nominee of several Danish Music Awards, and recipient of the prestigious three-year grant from the Danish Arts Council in 2012.

QW has toured internationally in Scandinavia, the Baltic countries, Europe, US and Asia. 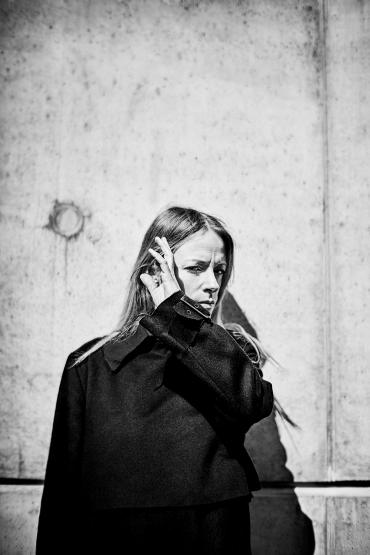