While a teenager, I wanted to be a geographer and train driver. I later chose music and sound instead. Since then, I have been playing quite an array of musical instruments (though focussing on drums and percussion) as if I were conducting a locomotive through endless railways. In parallel to this voyage, my sound skills as a recording-mixing engineer and sound designer have been honed with the same mindset one should use when contemplating vast landscapes in the great outdoors, be it within sound-music or cinematographic contexts.

I was a senior partner and sound engineer at FISGAstudio/Scratchbuilt (Lisbon-based recording studio) and I am the current technical director of OSSO Cultural Association (osso.pt). 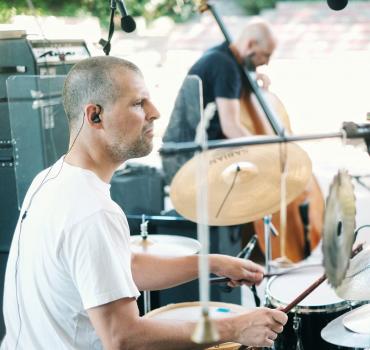