Born 1957 in Aarau (AG), grew up in Moosleerau (AG). Lives in Zurich and Menzberg (LU). After an apprenticeship as a photographer, he trained as a teacher for early musical education and obtained a wind orchestra conductor’s diploma. During this time he worked as a department store salesman. Teacher for early music education. 1978 to 1982 music teacher at various schools in the canton of Aargau. Since 1982 instrumental teacher for clarinet and saxophone at the Musikschule Zürcher Unterland MSZU.

Since 1977 he has been working as a clarinettist and partly as a saxophonist almost exclusively with improvised music in various groups and projects. Focus areas are on his solo work, duo playing, improvisation in large formations, since 2003 the sound catalogue “Hörgänge” and since 2006 “Aquaphone” with Alfred Zimmerlin.

His musical work has been supported by the city and canton of Zurich, Aargauer Kuratorium, Pro Helvetia and numerous foundations.

He has received several prizes: Prize “Forum Junger Komponisten” of the WDR (1992) | Prix Cultura of the Kiwanis Foundation (1998) | Composition commission of the Pro Helvetia Foundation for DOMINO (2000) | Culture Prize of the Association Economy and Culture, Willisau (2004) | Working Scholarship Covid-19 of the City of Zurich (2021). 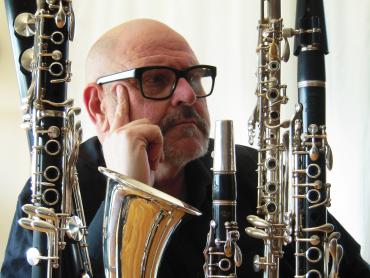