Marcos Baggiani (Argentina 1973) is a drummer, composer and producer.
Born in Buenos Aires, he moved to Amsterdam in 2001, where he studied at the Conservatorium and gained a MA in Jazz.

Since then he is performing within the fields of Rock, Jazz, Folk and Contemporary Improvised Music, evolving as a creative, powerful and versatile musician.

He is an active member of Amsterdam's flourishing improvisation scene, both as player and organizer.
He was a founder and curator of The Meeting Point, a monthly music & dance laboratory at Bimhuis, later known as Monday Match.

Marcos is also member of the trytone collective. 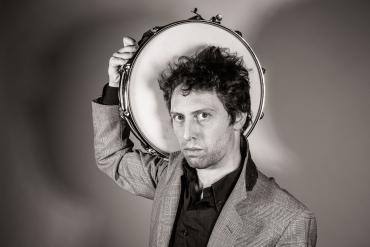