Currently living in Biel, Swiss pianist Judith Wegmann was born in the canton of Zug and began to play the piano at the age of 6. When she was 16, she began to study at the Lucerne school of Jazz under the supervision of O. Truan and R. Domeniconi as well as with E. Brockhaus at the Swiss Jazz School in Bern. During 6 years of intensive study, she became thoroughly engaged with jazz and free improvised music.

She concluded her Bachelors and Masters in Classical Music in Lucerne and Neuchatel studying under E. Serman and S. Deferne. Further classical studies with professors S. Risler, K-A- Kolly, and T. Schabenberger were to follow in addition to completing master classes in Switzerland, France and Austria. In 2014, she qualified with an other Masters from the Basel Music Academy studying with Professors F. Frith and A. Zimmerlin.

During this time, in addition to advancing her free improvisation skills, she immersed herself into New Music, her knowledge intensifying through her contact and collaboration with many other renowned professors. As a classical pianist and instrumentalist, she performs regularly and in many differing styles. With her ability to crossover between different genres, her projects range and include variations of classical music, New Music and free improvisation. Every year, she oversees the conception, design and orchestration of new concert programs. These projects are performed all around Switzerland as well as abroad.

She was awarded sponsorship prizes in 2011 and 2015 from the Canton of Zug for her “freies künstlerisches” work (free art). She founded the New4Art Ensemble which toured in 2014 and 2015 and earned her a grant from the City of Biel. Additional grants from the City of Biel were awarded to her for her own music creations in 2015 and 2016.

Over the last few years, her main focus has been on the subject of time. She has aimed to answer all questions arising musically from this subject and to subsequently conceptualise a varied array of projects based on her findings. At the same time, she has delved into numerous later works from Feldman’s music and has performed them regularly over recent years. At the end of 2019, she recorded the solo work “Triadic memories” which was released in 2020.

“I have been dealing with the subject of time on an artistic level for a number of years now. I have conducted long performances to find out what effect these have on me, the space in which I am playing and my body.” From these “experiments”, a number of internationally acclaimed projects have been born, such as the Solo-album “Le souffle du temps” (The breath of time) which was released in 2017 on Hat Hut records.  Upon hearing this recording, the Scottish Jazz critic Brian Morton wrote: „Make time to listen to this music, as the musician made time to prepare for it. Don’t wedge it into a pile of other CDs clamouring to be heard. Don’t immediately applaud it and move on to the next thing. Play it again. You’ll be playing it for years.“

Judith Wegmann: “It’s about experiencing time, transience, elapsing and emergence, which are all aspects of time - connected of course with the story of individuals’ lives.” (Interview with ZZ 2019).  The 2019 creation and release of “le souffle du temps II - Réflexion” became her next solo project. The project, which collaborates with seven Swiss composers toured throughout Europe and resulted in her second solo recording, again released by Hat Hut records in 2020.

Since 2015, she has been a board member of the “WIM Bern” Workshop for Free Improvised Music in Bern and since May 2020 will take on the position as WIM Bern president. 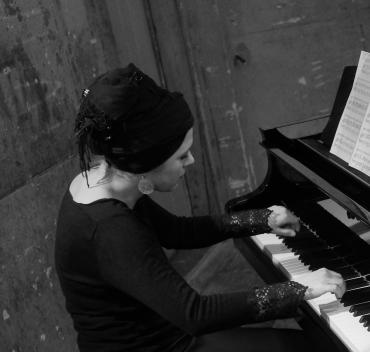