He began at age of 13 as a self-taught musician playing popular mexican music on accordion with various bands in northern México.

He became interested in jazz guitar and improvisation at 18 and performed in his hometown Monterrey. He moved to Italy at 23, and studied with guitarist Marco Accqarelli at Università della Musica in Rome. He got into improvised music scene after meeting Marco Colonna and Bruno Angeloni with whom he toured and made various recordings.

Mainly interested in music where the improvisation plays an important role, his musical range extends and blends traditions as Mexican music, jazz, improvised music and rock.

He studied classical northern Indian music and the Indian instrument known as the Sarod with Maestro Michael Robbins. in 2015, he recorded the album “SARODYA”  with the percussionist Alvaro Rubio on tablas.

Juan Castañón has released more than a dozen recordings under Mexican and European record labels, as well as digital distribution original productions.

He has toured around Mexico performing at jazz, and world music festivals, and played in Cuba, Italy, Spain. He has lead various projects for the past 10 years such as Impromuzak Ensemble, D/zazter trío, Acasia trío and Faena Monk.

The future possibilities for collaboration open to Juan Castañón´s imagination and creativity are something to be looking for. 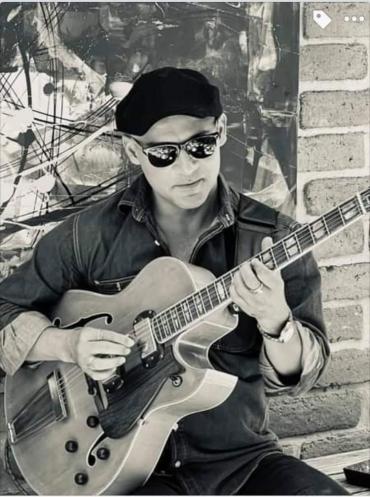