José Lencastre is a creative improviser, composer and saxophonist from Lisbon, Portugal.

He’s known for his versatility in playing different musical genres over the years and has been a part of the vibrant Portuguese improvised scene since around 2005 sharing the stage and recording with most of the local musicians as well as collaborating with international performing artists from all over the world.

Between 2012 and 2016 he lived in Brasil where he developed his interest in the rich rhythmic, melodic and harmonic musical culture of Choro, Frevo, Ciranda, etc. While in Pernambuco he put together Inconsciente Coletivo, a trio of sax, keyboard and drums that played mostly his own compositions.

Back to Lisbon, together with Rodrigo Pinheiro, Hernâni Faustino and João Lencastre, José formed Nau Quartet.

The group has released three records so far that have been highly acclaimed both in Portugal and abroad. "Live in Moscow" , came out on Clean Feed and captures a magic night at DOM Cultural Center , during a tour in Russia in 2018.

He has also participated in several other albums as a leader or co-leader that have been reviewed in prestigious magazines, newspapers or websites such as Jazz.pt, All About Jazz, Free Jazz Blog, Salt Peanuts, NYC Jazz Records, Ipsilon, just to name a few.

He has also been playing with some Amsterdam based musicians since 2017. A collaborative trio with Raoul van der Weide and Onno Govaert released the album Spirit in Spirit - Live at Zaal 100 on british label FMR Records in 2019. Another trio, this one with Miguel Petruccelli and Aleksandar Škorić is also a collaboration that came out of that contact with the dutch free music culture.

José Lencastre is co-founder of the label Phonogram Unit. This project was born during the 2020 pandemic and it aims to release free and contemporary music from the musicians that are part of it. 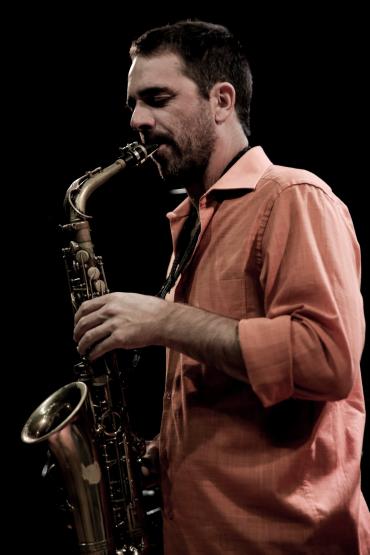