Copenhagen based musician, composer, producer and organizer, Jonathan Aardestrup, has balanced his expressive output between the unconventional and the catchy. A free-spirited bass player who is always seeking to break new ground in denial of pointless repetition, leading to a continous investegation in composed original music, improvisation and the corelation of the two.

While always playing with collectively based groups that worked closely
together for many years, the idea of bringing musicians together has been central to his efforts and since he was a young teenager, he has been organizing events which facilitate foundation for musicians to build relations. Music as a social phenomenon based on freedom. Abstract, sometimes wordless, political statements in Hip Hop, Jazz, Reggae, Avantgarde, Experimental Electronic - always independent.

In the last couple of years his primary focus has been on creating a continous fow of more or less spontanious sessions with likeminded musicians refecting common ideas in music as in life. New meetings and explorations with emotionally unifed collaborators has lead to a more open and direct musical conception.

Member of the international collective of improvisors The Community. Currently playing in The Way Out, Trup Aardestrup and on a freelance basis. 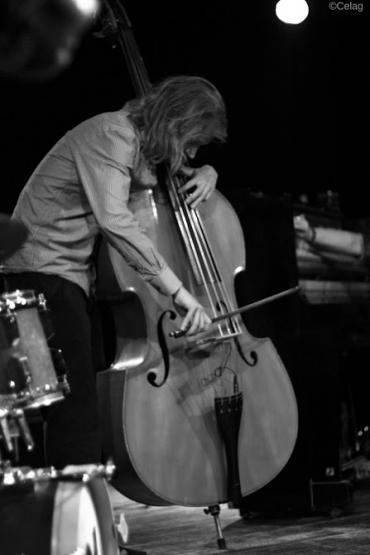