Bora is dancer, performer, mime and techer. She finished her graduate studies at The Academy of Performing Arts in Prague (HAMU) in 2016. During her studies, in 2014, she completed her residency at the Institut del Teatre in Barcelona. The following semester she participated in an intense workshop at the Theatre du Mouvument in Paris. In 2016 she completed another three-month residency in Hangzhou, China, where she also took part in a theatre play Peří (Feathers) in collaboration with Ondřej Lipovský. In 2017 she spent five months in southern India where she focused on the study of a spiritual dance called Bharanatyam under the mentorship of Guru Jyothi Leksa. In 2021 she graduated PhD. at the Academy of Performing Arts in Bratislava, specifically the Puppetry Department, where she focused on the interaction and relationship between body and material. Throughout her studies, Bora has collaborated with various well-established groups in the field of Physical Theatre  (Spitfire Company, MimePrague, Mime Fatale…). She is the co-author of various theatre projects (Město s tlkúcim srdcem, Dřevěný chléb, Holon, Push the Button…) and the author of several short original stories (Anežka, Pavučina) and the full length performances Petrklíče, youtube.com/watch?v=25kRgpulHo8 Uroboros, vimeo.com/162124991

Not take Prayer,  youtube.com/watch?v=ehF3oOAWPXE and others. 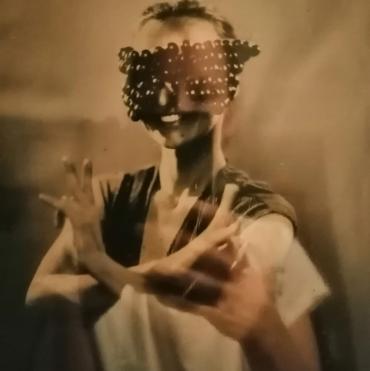