Ash Cooke is an internationally recognised improvising guitarist and artist from North Wales.

Initially making his name in the 90’s Welsh band Derrero Ash has spent the last 20 years steadily building a reputation as an experimental musician and visual artist. His work has been featured on BBC Radio 3 and has been released on labels such as Beartown, Independent Woman in New Zealand and Linear Obsessional.

​Since their foundation in 1996 Derrero have released 4 critically acclaimed albums and toured with the likes of Super Furry Animals, Catatonia, Sebadoh and Granddaddy as well as collaborating on the film ‘Beautiful Mistake’ with John Cale. The band also recorded three sessions for the legendary John Peel

​As well as session work and composition Ash has been involved in numerous projects and commissions for S4C, BBC and National Museum of Wales

​In order to support the burgeoning Welsh experimental scene Ash founded the Recordiau Prin record label in 2016 which has to date curated over 20 releases including new material from Datblygu’s David R Edward. 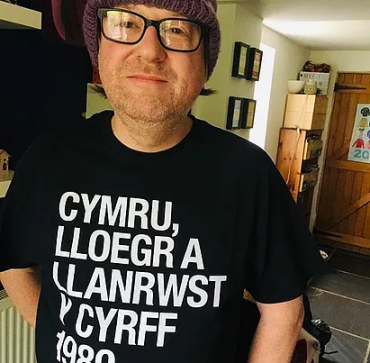