In 2016 I started studying at the Luís Villas-Boas Jazz School of the Hot Clube de Portugal and, in 2017,
I started a collaboration with some colleagues in the project "Os Vertigem", still ongoing and making music together.

In 2020 I entered the Lisbon Superior School of Music (ESML)

Since then I've been developing a facet that represents my work and music production, 'RaJ Rütra' is then the sound persona that doesn't have a face but has an identity, which encompasses all the musical and artistic facets in which I see it. «The Sound and its absence remain as two faces of the same manifestation. » 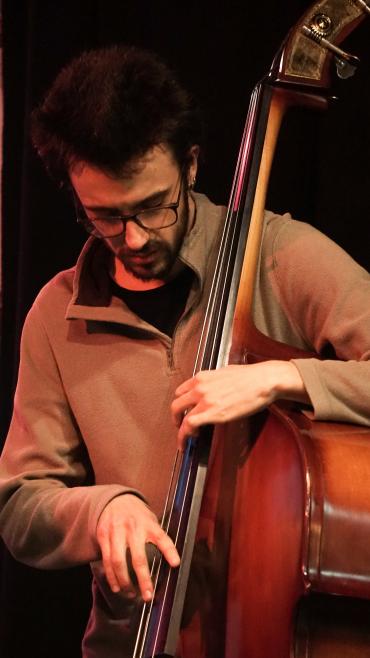