Štefan Szabó (1988) is a Slovak guitarist, composer, improvisor, organizer based in Copenhagen.

Štefan is a currently a master's student on the Rhythmic Music Conservatory in Music Performance programme.  He is a member of KIN, uO uO and Kolektív Ruiny where he both plays and composes. He also composed music for theatre and dance performances. He performed his music and toured in France, Denmark, Israel, Slovakia, Hungary, Poland, Romania. His work is mainly in the context of avant-garde jazz, experimental, noise, improvised and contemporary music and his compositions are mostly person-specific. Štefan is organising concert series in abandoned locations called Projekt Ruiny and Hudba v Kruhu. He is a curator of the music programming in a cultural centre Eleuzína in Banská Štiavnica /Slovakia/ and he is also curating festival N:ear / festival for improvised music / in Slovakia. 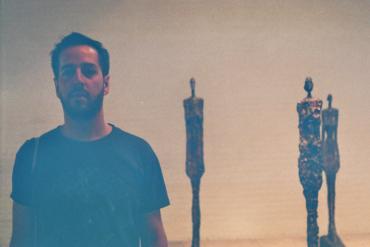