Born and raised in Paris, France, Paul Jarret is a young guitarist and composer playing mostly jazz and improvised music. Playing the jazz standards as well as radical free improvisation, he is involved in many projects as a leader, a co-leader or a sideman.

In 2010 he has founded the band Pj5 which became his main project, a new kind of lyrical and modern jazz mixed with rock/pop sounds and improvised music. With this quintet he has been touring in France and Europe, won several awards (Jazz Migration #2, Jazz à La Défense 2012, and more), is very recognized by French jazz journalists and professionals and released three albums : WORD (2013), TREES (2016) and I TOLD THE LITTLE BIRD (2018).

On this third album are playing two guests : Jozef Dumoulin and Isabel Sörling, also playing with the band on stage.

Inspired by his own family (his mother is Swedish) he also founded in 2015 the EMMA project with the Swedish singer Hannah Tolf : a musical tribute to the Swedish exodus to USA in the 19th Century, blending improvised music, Swedish traditional music, as well as sacred music, and works of repetitive and minimalist composers.

With these bands, and some other projects as a sideman, Paul collaborates with a lot of musicians and has numerous plans for the next years.

He is part of the musical collective Pégazz & l'Hélicon since 2018.

In 2019 he is chosen as the new "Talent Jazz Adami" which allows him to create a new band "Ghost Songs" with American drummer Jim Black, as well as Jozef Dumoulin on Fender Rhodes and Julien Pontvianne on saxophone. This new project will be playing on big festival stages (Jazz à Vienne, Jazz À La Villette, Bratislava Jazz Days, London Jazz Festival et Jazz Sous Les Pommiers). In 2021 the album of this band is released on German label Neuklang. 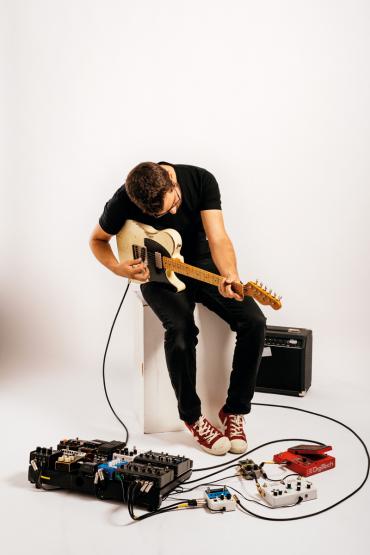