Saxophonist, clarinetist and composer Julien Pontvianne blends several musical traditions - from Renaissance Masses or Indonesian Gamelan to the musics of Sonic Youth, Paul Motian or Morton Feldman - to create his vision of slowness. No blaze here, or rather a single one, at the beginning of sound, who travel across the time’s long wick until its quiet extremity. Tones agglomerates, tempered or not, resonance, shifting sonic matters, sometimes shaped into songs, silhouettes that stand out far away on the horizon, slowly approaching you, vanishing  later, out of your field of vision. If music has to tell stories, Julien invents new ones, and if music has to go somewhere, let it go to its end so that we just enjoy the trip. We fully live the time and the sound that are offered to us, miraculous set up of tones and ketological rhythms. it treads a path inspired by Gerard Grisey’s ecology of sound or Salvatore Sciarrino’s ecology of listening.

With bands like the clarinets quartet Watt, AUM grand ensemble, Kepler or Abhra, against the tide, he invites us to a kind of hedonistic ascetiscism, a stirring meditation. On top of his explorations as a leader, Julien is a founding member of the label and collective Onze Heures Onze, one of Paris' new scene's most vibrant actors. He plays in bands ranging from 20's swing oldies to experimental rock to the most contemporary musics. Graduated with honors from the Paris conservatory CNSMDP in 2009, Julien won a lot of prices and played in New-York, New-Orleans, Los Angeles, Montreal, China, Japon, India, en Colombia and in all Europe. 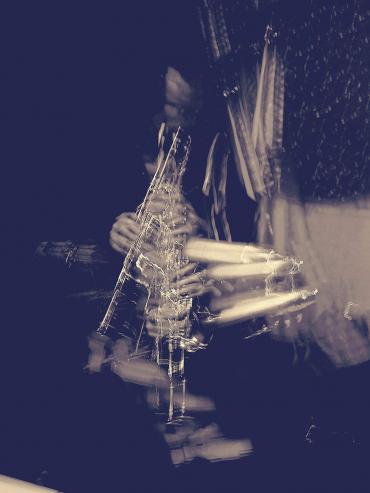