Joachim Zoepf, *1955 in Düsseldorf,
lives in Erftstadt started to play as a nine-year-old piano and, in 1979, a saxophone course of study, first in Vienna and later in Cologne. Since 1983, he has worked as a freelance musician and music teacher. Starting from the Mainstream Jazz he came across the Free Jazz, 1988 on the free improvised music and developed a way of his own style. Further experience he was in could New music, New music theatre and the collaboration with dancers, actors inside, Sound artists and visual artists gather inside.  As a sound engineer, he is in many productions and features for numerous publications responsible. Culture, both politically and as an organizer he was involved in the Cologne Initiative Jazz House, he number of dominant culture, of the sublabel Improvisers Series , co-organizer of the Symposium on Improvised music in Cologne and co-editor of the book "Can improvisers dance?". 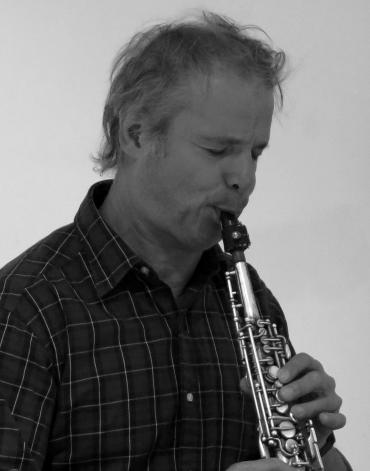