Christine Schaller has taken part in a variety of artistic projects in the field of jazz, improvisation, musical shows, theater and contemporary music.

As an improviser she has participated for a number of European ventures  in partnership with such musicians as PAOLO RADONI, JACQUES SIRON, GARRETT LIST, GIANLUIGI TROVESI, JACQUES DEMIERRE.

As a vocalist, she was recruited as a soloist to interpret works of contemporary composers such as LUCIANO BERIO and DIETER SCHNEBEL.

As a singer and actress, she has taken part in various musical performances, some of which are her own compositions. Since 1998 she has been singing in RWANDA 94, a production on genocide staged by JACQUES DELCUVELLERIE.

She is active as an actress in various theatrical projects, some with LE THEATRE D'OR.

She writes poetical texts and dialogues for the theatre.

She used to write and arrange vocal and instrumental music.

She has lived in various countries before settling down in Paris. 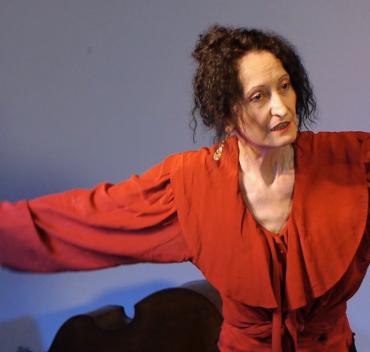